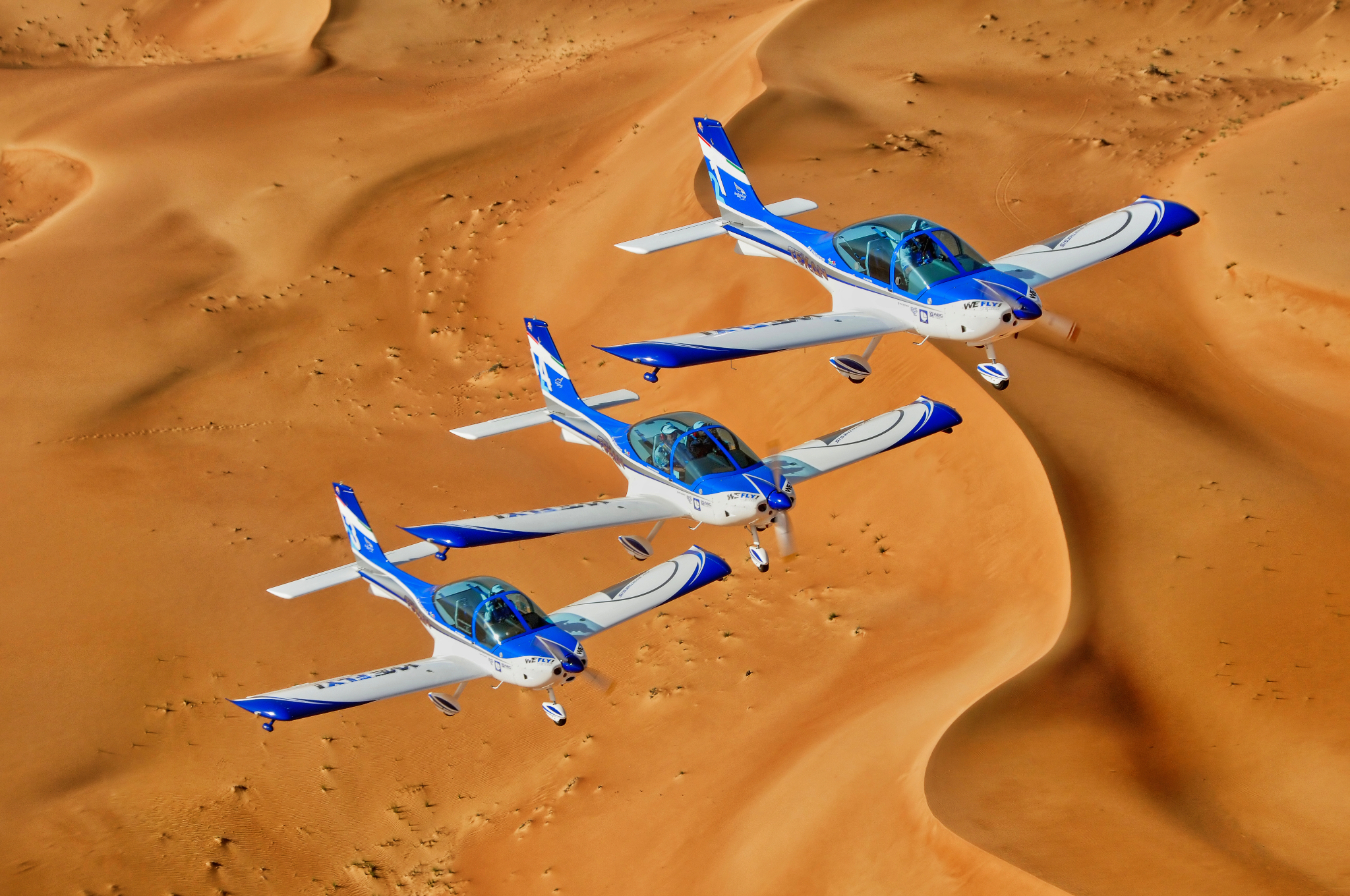 The Wefly! The team is the world’s only air acrobatic team where two of the three pilots are "disabled" and represent proud Italy’s Civil Aviation.

Both do not have the use of their legs and fly using only their hands, thanks to special controls designed and built by Alessandro himself, an aerospace engineer.

#4 Erich Kustatscher, a flight instructor with over 25,000 hours of flight time on both planes and helicopters.

The team is completed by the presence of the PR and speaker, Pino Di Feo, pilot and journalist of the AskaNews Press Agency, and by the pilot and aeronautical photographer, Marco Tricarico.

The WeFly! Team was born in 2007 thanks to the initiative of Alessandro Paleri and #2 Fulvio Gamba, unfortunately, died in a flight accident.

Since then, the team acts as the spokesman of the Italian Disabled Pilots Federation "The Broken Barons" taking part to the most important air shows around the world. 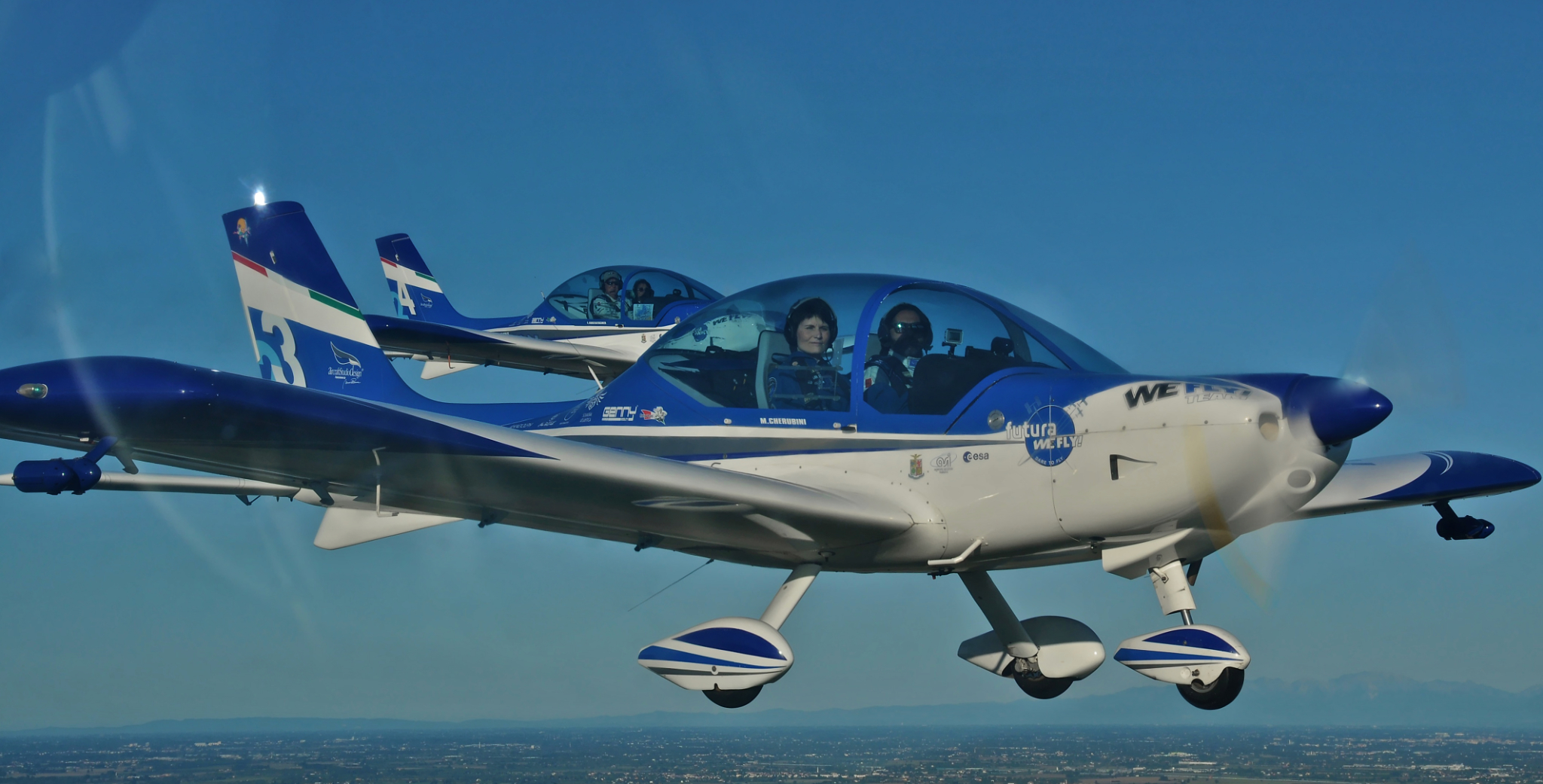 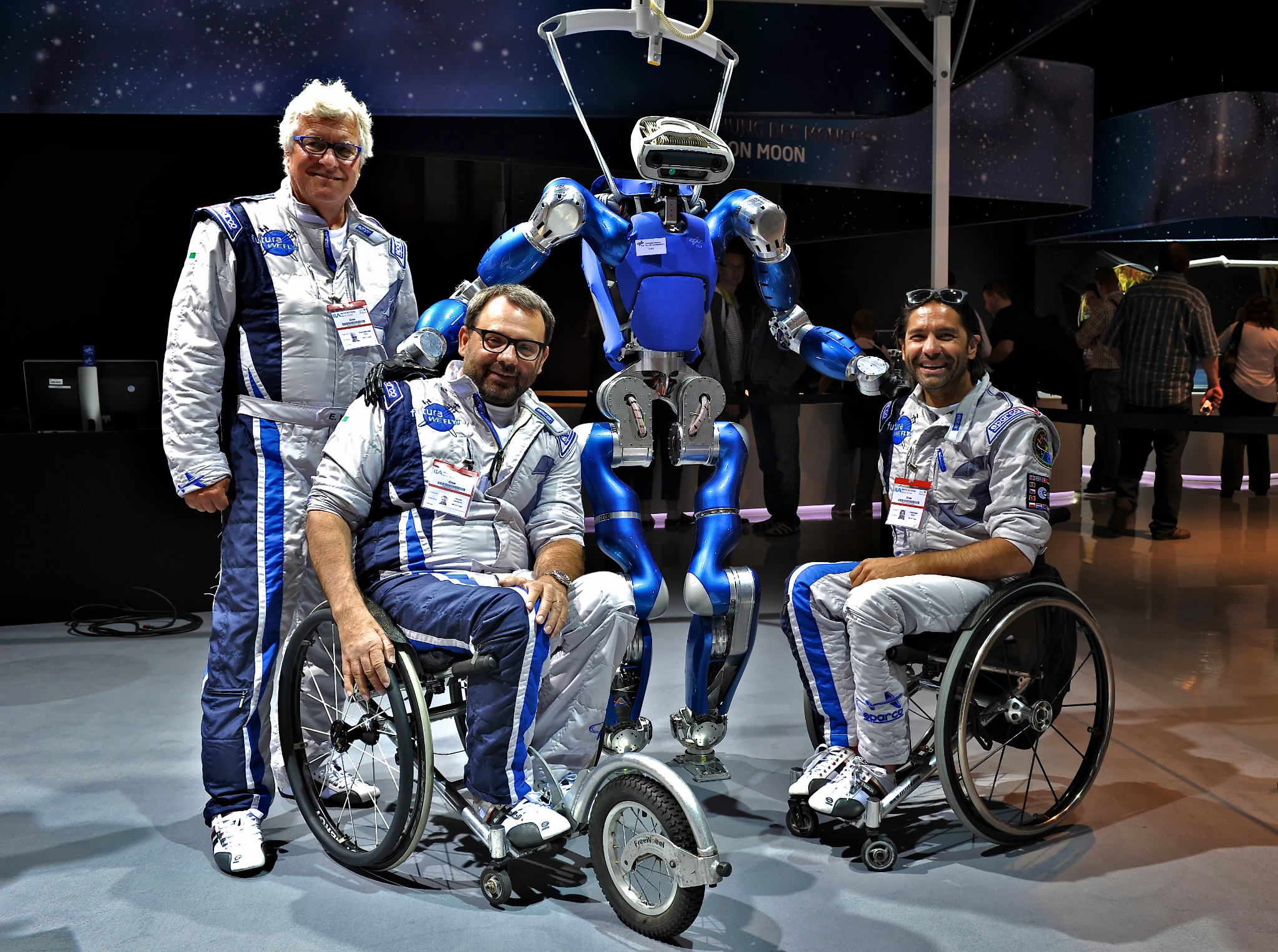 The exhibition, which lasts about 10 minutes, does not include real aerobatic maneuvers, instead of a series of close formation evolutions, almost a dance, that highlights the elegance of the figures itself and the skill of the pilots, always within the structural limits and thus the safety of the employed ultralight aircraft.

In addition to taking part in airshows, the team also engages every year in promotional days dedicated to flying for disabled people.

"Dare to fly" is the motto in which the WeFly Team believes.

The Team’s pilots are all fully qualified for their flight activities and can boast an experience gained in years of hard training, part of it carried out also together with ex Frecce Tricolori pilots.

Marco Cherubini, in May 2016, has been the first disabled pilot in history to obtain a PPL SEP(A) license in Italy, at the Aeroclub of Cremona, on a Piper PA-28 aircraft specially certified for use with adapted controls. 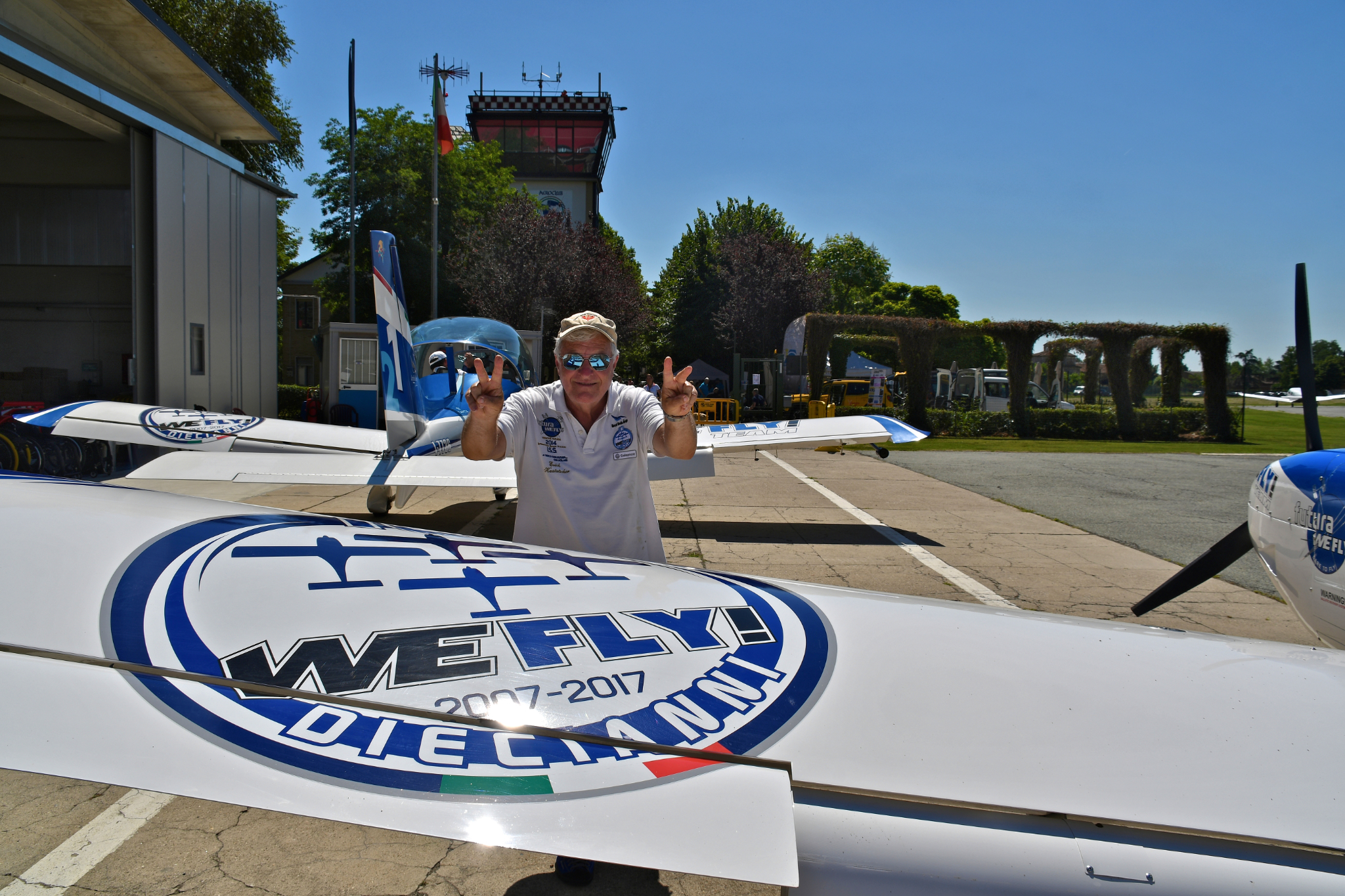 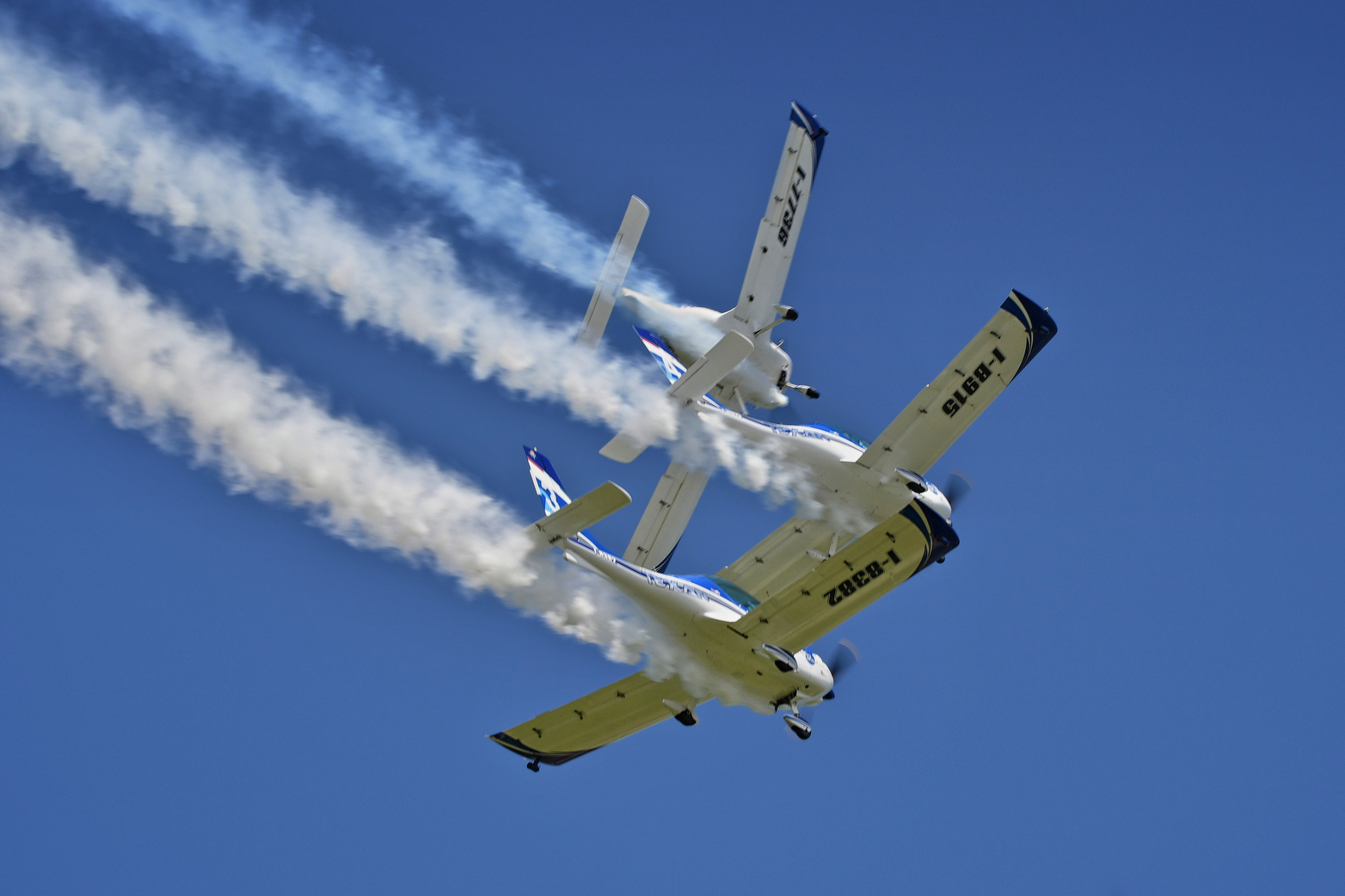